This week, 5 Rhode Island men were arrested, and now face federal charges in connection to a series of fires caused by mishandling marijuana oil production. The announcement came this past Wednesday, as United States Attorney Peter F. Heronha spoke to the press about a series of marijuana lab accidents from 2015 that resulted in the death of a Kingston, RI man, as well as millions of dollars in damages. The fires – one in Kingston, one in Westerly, and another in Providence – were connected in that they were all caused under the supervision of creating a specific kind of marijuana oil.

This oil, which is popular amongst many people in Rhode Island, is made illegally, and done with a process that uses highly flammable butane gas to create the finished product. With marijuana growers and processing facilities being largely unregulated, it was difficult for Rhode Island officials to spot a potential issue until it was too late. Prosecutors now may charge each of these five men with a series of felonies involved in both incidents.

While charges are just being filed now, the case against these five Rhode Island men has been in the works for over six months. Prosecutors made the connection of negligence, and illegal production of marijuana oil, to hold the men on both property damage and the deaths involved. While this is not an abnormal amount of time to build a case, it brings the issue of medical marijuana to the front of the table, especially in regards to production oversight. Many believe that the reason behind the accidents. Due to a number of loopholes in Rhode Island’s medical marijuana laws, many production facilities go unchecked, and therefore are able to partake in dangerous and potentially fatal practices.

Rhode Island can’t keep up with piling cases to process 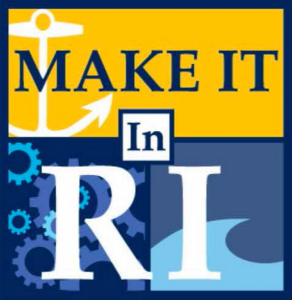 Another reason that’s causing concern amongst Rhode Island residents is the growing logjam of legislative cases within the Rhode Island government. With the medical marijuana industry growing in the state, the processing of applications hasn’t been able to keep up with demand. This is something that worries not only medical marijuana providers, but also patients who want to legally obtain their medicine.

Currently, the Rhode Island legislature is meeting about increased oversight for medical marijuana in the 2017 budget. The goal, not only to clamp down on taxes and fees, but to also make the industry safer, and avoid future incidents like the 2015 fires.